The Venue.
The A&R Music Bar, Promowest’s third largest venue in Columbus, Ohio with a capacity of ~400, is an indoor concert hall located just off of the intersection Neil Avenue and Nationwide Blvd. in the Arena District. It is directly above The Basement, Promowest’s smallest venue, and adjacent to Kemba Live. The shows are general admission with standing room only. According to the venue’s website, A&R has a two fold meaning – ‘Artist & Repertoire’ and ‘Art & Rock’. The first part being that Promowest is dedicated to bringing new and upcoming talent to Columbus, and the second part being a statement about who they are. The venue is distinguishable with its vintage concert memorabilia decor and north wall made up of garage doors that open up to the patio when the weather is right. You can enjoy drinks at the full bar or a slice of pizza at the Mikey’s Late Night Slice pizza counter. 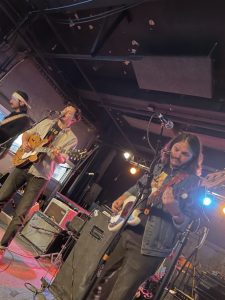 The Heavy Hours opened the night. Just after taking to the stage, lead singer Michael Marcagi informed the crowd that their drummer was unable to make the trip from Cincinnati due to an emergency. BUT the show must go on and they performed sans the drummer for the first time in the band’s history. No matter. It was a great show, and anyone hearing them for the first time would have never known. The Heavy Hours is quartet, alternative rock band from Cincinnati, Ohio, touring on the heels of their newly released full album, Gardens. A few years ago, the band caught the attention of the Black Key’s frontman, Dan Auerbach, who invited the band out to Nashville to co-write. The sessions led to the band’s 2021 EP titled Wildfire, and their full length debut album, Gardens. Their sound is reminiscent of the Kings of Leon or The Avett Brothers, but without the arena or bluegrass sound. The Heavy Hours is on the upward trajectory and I look forward to following them on social media. 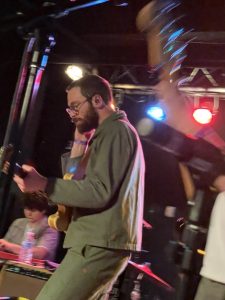 The Brook & The Bluff debuted their first album titled First Place in 2019, followed by Yard Sale in April 2021. The now quintet, comprised of Joseph Settine (vocals, guitar), John Canada (percussion, harmony), Alec Bolton (guitar, harmony), Fred Lankford (bass, harmony), and Kevin Canada (keyboardist), was originally a duo formed by Joseph and Alec while attending Auburn University. The band’s unique name comes from two Birmingham, Alabama neighborhoods in which the pair grew up in, Mountain Brook and Bluff Park. After John and Fred joined the band, they relocated to Nashville to make music a full time gig. I describe the band’s sound as upbeat, uptempo easy listening alternative rock, blues and jazz, with an emphasis on the lead vocals and harmonies. Joseph’s distinguished vocal ability, evocative lyrics, the band’s powerful harmonies, and the very distinct song arrangements, all combine to take a more traditional blues or jazz song and transform it into something fresh for a contemporary audience. They dedicated a small portion of the show to performing acoustically, including a cover song of the Beach Boys tune, Don’t Worry Baby. Their stage performance was very energetic, with both Joseph’s unique style of stage-dancing and Alec’s crowd pleasing guitar solos. The sold out show was filled with their truest fans, who belted out almost every lyric of each song. It was truly an intimate evening between band and fan. I had a great time watching the show, and the crowd, and I do expect that The Brook & The Bluff will continue to gain recognition as they tour this year.

Would I see them again?
I sure would. 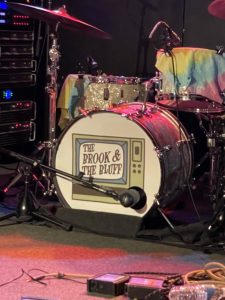 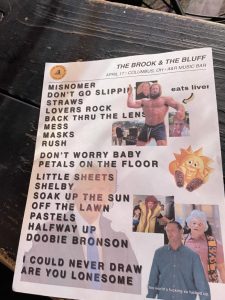 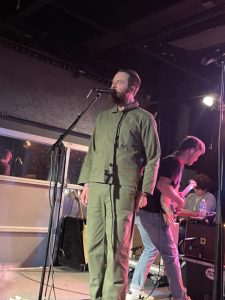 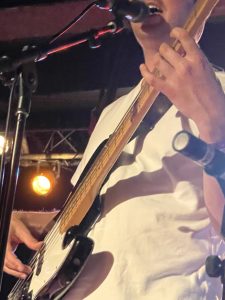 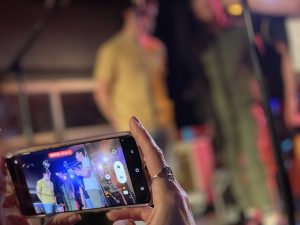 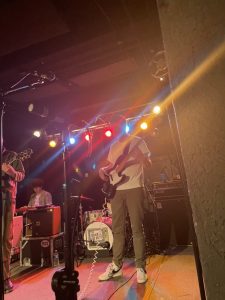 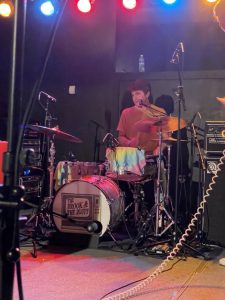 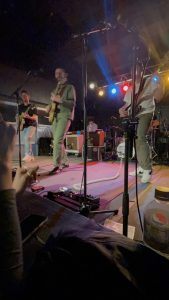 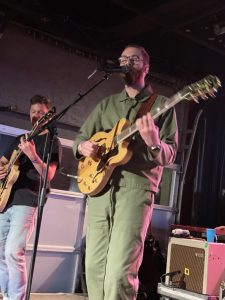 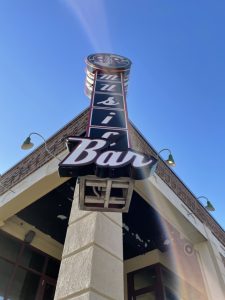 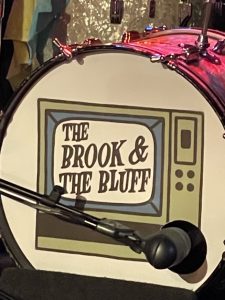